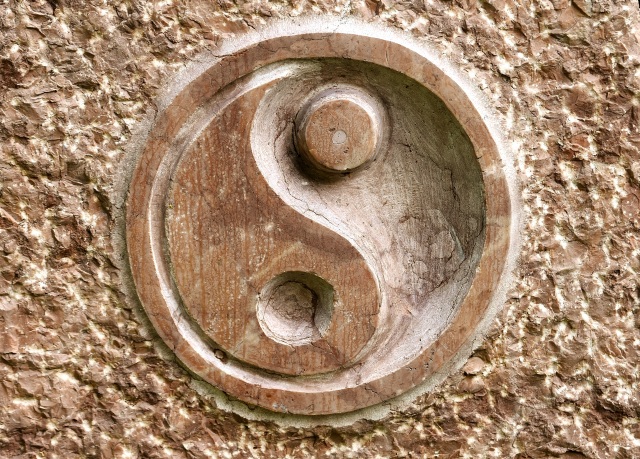 Everyone talks about Yin and Yang. It’s become mainstream folklore to the degree where I was wondering if I should talk about it at all. Then I decided that I needed to because it’s too fundamental and important to not call out a few of its core ideas and implications.

The concept of Yin and Yang could fill a whole book on its own (and has done so for many). However here are the aspects I find most important for our Tai Chi practice.

Celebrate the black and white instead of perpetual grey

On the simplest level Yin and Yang represents the duality of things in life. Light and darkness, hard and soft, asserting and relenting, open and close, male and female – and we could go on forever. Yin (阴) represents the female and passive, Yang (阳) stands for the male and active.

The first important lesson from Yin and Yang is that we need to actively seek and celebrate the black and white instead of coasting along in perpetual grey.

It is easy to let things drift by, to have one day be just like the other and get dulled in our routines. But if we do so, we miss out on life big time. Rather, we should cherish the ups and downs, the cold and the hot days, the sunshine and the pouring rain for what they are. There is no light without darkness.

In Tai Chi we focus on developing and feeling those differences. As we progress, we move from executing movements mechanically with the same energy level throughout, to developing, feeling and expressing the dualities within. We push and pull, we open and close, we inhale and exhale, we are proud and humble, we are strong and flexible.

As we learn to differentiate and shift between those states of black and white, we experience and enjoy our Tai Chi on a much more intense and rewarding level.

There is Yin in every Yang – and vice versa

The second important lesson somewhat contradicts the first one. It reminds us that there is Yin in every Yang and vice versa.

Even if we are strong, we need to be flexible to some degree. A little less but still. If we are only strong at a particular moment, we become stiff and will break like a frozen twig. If we are only flexible at a given moment, we will be floppy and lack impact, like a soaked sheet of paper.

This is a difficult concept to think about initially and a hard one to implement. Think about it. Think some more and then try it in your practice. Meditate on the small black circle within the larger white area and try to discover what it might mean for your training and life.

The last important lesson, and here is where I differ with some Tai Chi schools, most importantly the Yang family style itself, is that we need to keep moving and shifting between both states. We need to learn to fluidly go from one into the other without ever stopping.

Tai Chi is not Karate, where we learn to focus all energy in one point and the lock the whole body as we deliver that energy for maximum rigidity and impact. It’s also not about delivering the final theater-worthy blow and then stopping and letting the viewer see the dramatic impact as the bad guy crumbles on the floor (Jean-Claude Van Damme does that famously and uselessly in his movies).

In Tai Chi we want to develop our internal energies and get them flowing first and foremost. We also want to develop a flexible mind, which never gets attached and stuck to a singular thing. In order to do so, we need to train ourselves to keep everything flowing, to remove all the breaks and stops.

Think of your Tai Chi as a wave. It never stops, it never breaks, there is focus, there is climax and anticlimax, but there is not even a single split-second where the moving ever stops. Make your Tai Chi a wave. Go from Yin to Yang and back again. Open and close, inhale and exhale, push and pull – but never stop, never halt. Flow from one into the other fluidly.

Thoughts About Life: The Zen Of Marshmallow Roasting

April 16th versus March 4th. It’s unbelievable how much the world and daily life has changed in those few weeks. Everything is different but at the same time, everyone adapted and snapped into a new routine. There is no more school. No commute to work. No big city and maddening traffic. No walking in the […]

Time must be your primary unit

Most, if not all of us, measure success, and what we strive for in the unit of money. Even if we tell ourselves we don’t think it’s the most important thing, we subconsciously do, as we think about what money allows us to do. The primary unit of measurement defines how you think about your […]

Mental Minimalism – Free up Your Mind

There is much talk about Minimalism these days. Tidying up your closets, room, houses,… That is all good and I fully subscribe to it. There is another, even more important area though that is much less talked about: Mental Minimalism. Mental Minimalism – declutter your thoughts. Our minds are always busy with seemingly important decisions […]

We are out on our summer trip, road-tripping with our trailer and camping out in National Parks throughout the West, and life is good. Really good! I was reflecting a little bit on what is different, what makes this feel so much different from the daily routines we are in. There are several things. Obviously […]

We need to listen more to our kids, they are the true teachers. I was making daisy chains with our daughter today – actually she taught me how to make daisy chains. Seeing her work quietly, I asked her what was going through her mind. Her answer was worthy of a Zen master: I don’t […]